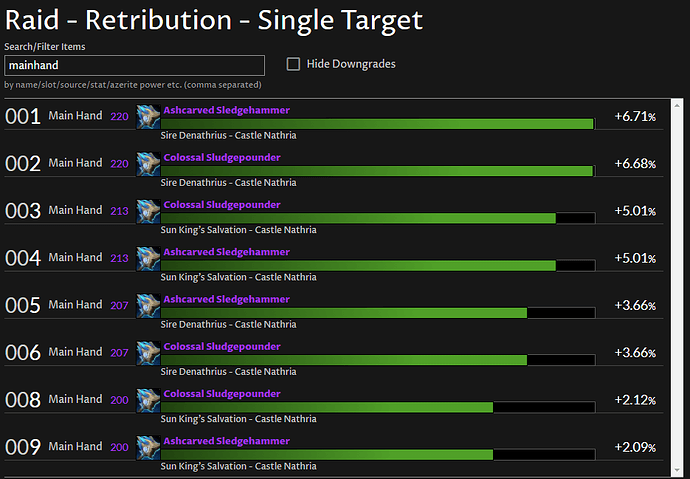 Only one of them exists per item level: 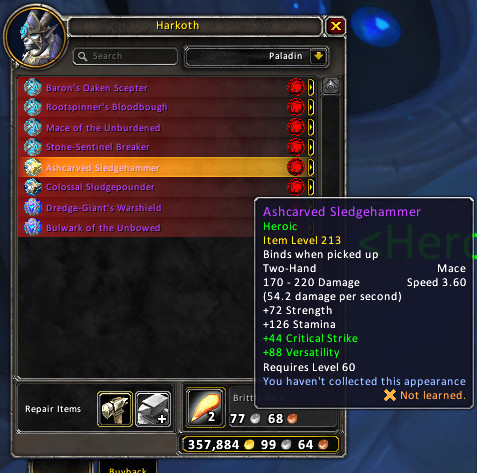 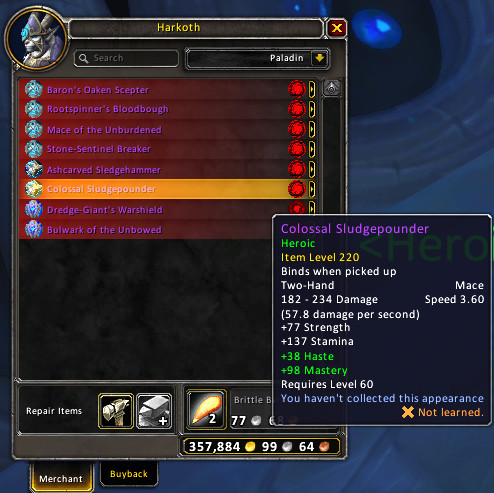 That first image - to me - is showing one variant of each Weapon, for Mythic, Heroic, Normal & LFR from top to bottom…

Firstly; I’m not a Raider - esp. at level - so my initial observation was based off logical conclusion.
Second; this isn’t the first Raid that’s had split item levels throughout a complete run - I forget when it first happened, but it has happened before.

All that said, for the second week of the newest Raid, it does seem like a bigger problem than it needed to be. However; do all Covenants convert the tokens at the same iL for the same difficulty?

Also, if only one Raid dificulty is selected, do the correct iL’s get returned for the right Bosses?

All said & done, it’s one for @yellowfive, et al to sort out - esp as you can’t even tell in-game what weapons are available from the Raid.

By way of research it looks like any one Weapon could have as many as EIGHT maximum variants, depending on which token you’re lucky enough to loot; this is what AMR suggests is available for my Frost DK across all difficulties: 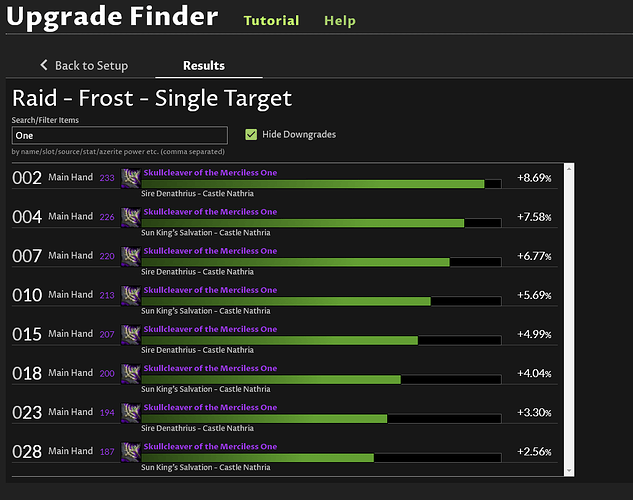 BUT… if that is totally wrong, then it could well be a datamining glitch, even a data-mining interpretation one.

It’s still something that someone at @yellowfive level will need to remedy/fix.

Yeah I’ll look at it in the next update – some of the weapons only come from the earlier boss token, some only from the denathrius token, and they have different item levels.

Looks like the list picked up a variant of all weapons at both item levels though, I’ll go through and prune them out.