AMR is getting confused because I have two of the same headpiece, the Arathi 340 gear.

I’m wearing one with the right traits, and it wants me to swap to the other one and reforge the traits on it… which seems a waste to me.

Edit: I also just realized the two items, while they have the same item ID, have different icons and different appearances. The first bonus ID is slightly different between them. That’s… really odd. Am I wrong in believing them to be functionally the same? Were the italicised bonuses either side of some fix that Blizzard made, but equate to the exact same item…?

(OK; I concede that this data ^^^^ may well be in the string that @solitha provided, but my inability to break a datastring down to an item-per-line level to see differences is something I feel is a handicap to me.)

What settings are you using to get it to suggest the 7th legion helmet? Do you have a higher priority spec set?

Me? My priority settings:
Guardian, mythics, balanced
Feral, single target
Balanced, multi-target
Resto, whatever because I never actually use it.

The clash is on choosing a Feral headpiece. AMR seems to be unable to decide which of the two slightly different but functionally identical 7th Legionnaire’s Visage to use.

Why on earth Blizzard decided to put items in the game like this is beyond me. It’s really confusing.

Edit: eighjan’s post seems to point out just how confusing it is. Here’s the two pieces: 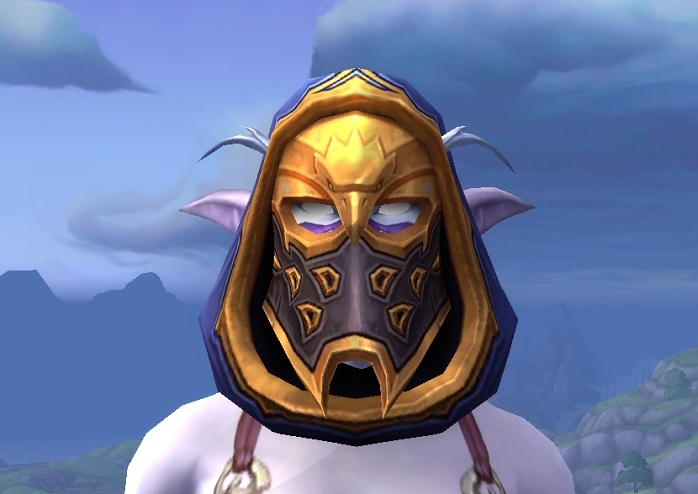 There’s even a third one:

If you check each link you’ll see the icons are different. They’re three different appearances in-game. They belong to different transmog sets. So we have three whole sets of gear, per faction, per armor type, with this problem.

Thanks, I’ll take a look – there’s probably just some extra checks needed to see if two different azerite items are identical for all practical purposes.