Hey. I noticed, that there is something wrong, when i try to test some 2H builds with Fury.

Attack speed enchants have very low value, even lower than Stamina or Spirit, that do not increase dps on “All DPS”. According to my calculations Haste should be very valuable for Slam Spec.

When I look at the enchant lists in that snapshot, I see attack speed ranking pretty highly in the list. Here is what I see for your hand slot, as an example: 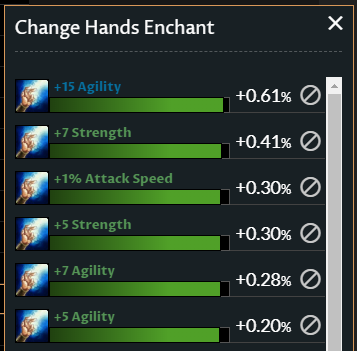 when i looked that was -3,47% on armor and even more on weapon 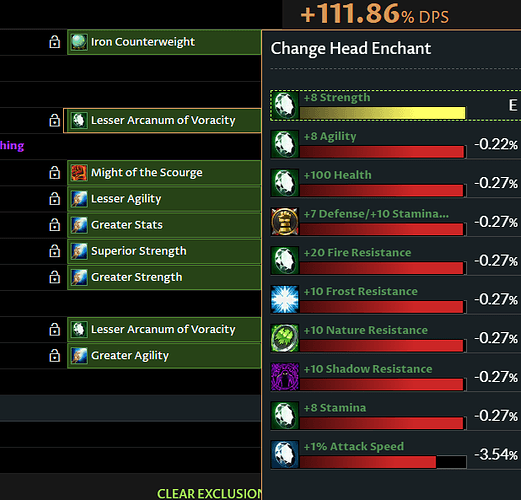 You have it set to a 30 second fight. With a very slow weapon and such a short fight, 1% attack speed increase isn’t actually going to give you an extra auto attack. That is the problem you are running into.

If you assume flurry is up all the time (which it isn’t, but we’ll just say it is for best case scenario) a 3.8 attack speed weapon is going to give you an attack every 2.923 seconds. In 30 seconds that is 10.29 auto attacks, so 10 auto attacks.

They are of zero value in this case. You need to do a longer fight for them to have any impact on your output.

ok. ty for answer. I forgot about this one