Going to the options tab doesn’t work right. Looks like some layer issues. See attached. I have reloaded and such already to no avail. 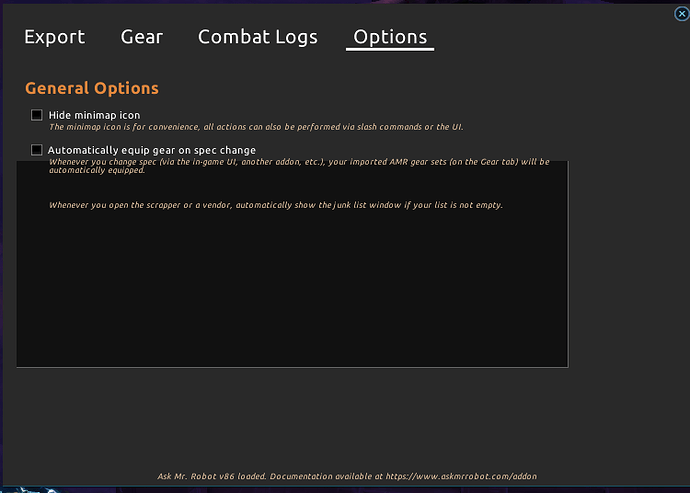 This happens sometimes… and I’m not sure why. It doesn’t happen often and doesn’t happen for most people. I’ve been over the code many times… there must be a flaw in either the UI library that I’m using or an issue that Blizzard introduced with BfA (didn’t start happening until then). Could just be something that I don’t understand about how/when WoW addons choose to repaint… but extensive searching and experimenting hasn’t found anything helpful.

Sometimes running /amr reset then reloading your UI will fix the issue. Sometimes changing the UI scale can have an impact. You could also try running it with no other addons loaded, see if maybe there is some kind of conflict causing an issue.

I have done both of your recommendations and neither fixed it. It was only with the latest update. I have been using the addon for a while now and this is the first time it has consistently done this.

For what it is worth, I have just now been able to fix it. I have deselected the “Automatically show Junk list” and “Automatically show shopping list” and it works exactly right. I hope that helps to pin-point the issue. I do think it has to do with how the items are being painted, but I you are much more of a code wizard than I am.