I noticed while gearing up that Best in Bags did not seem particularly interested in acquiring 2p or 4p (it now does, probably thanks to your tweaks over the past few weeks). That, combined with the community perception of BDK tier and the renewed focus on Haste (after people finally calming down and focusing on ilvl), caused me to want to look into getting more value out of the 4p.

To experiment with this, I built a (incomplete, and not exhaustive) rotation: Bdk4p - Rotation - Ask Mr. Robot 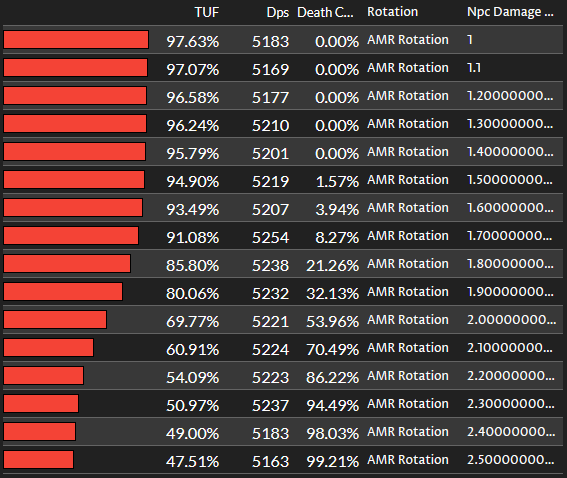 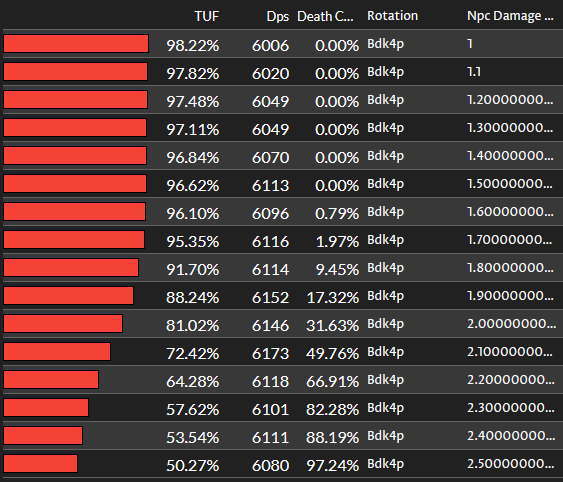 I also simmed some stat scaling (using total stats of 2300, which is approximately what I have without gems):
Note: I made a mistake here and did not have the same NPC Damage Multiplier for both - I am going to re-run them to make them equivalent, just keep in mind that the Custom rotation is running a higher damage script
AMR Rotation: Simulation Report
Custom 4p: Simulation Report

What I found was that the rotation needs to be much more aggressive at maximizing uptime in order to get real value out of it, and when doing so, you become tankier and also do more damage, which matches community perception (always nice to see them align). And also, when played in this way, this bonus scales pretty meaningfully with haste.

I didn’t do a ton of testing on other covenants, but it sounds like Necrolord and Kyrian might also have upsides here as well. It’s not a complete analysis but I wanted to get this out there sooner rather than later.

I’ll take a look and include some of this in an updated rotation. The set is really strong even without updating the rotation. so I think the optimizer is at least going for the gear people expect.