Enhancement - Difference live vs sims (outside of the change of 9.2)

So i have a WA doing the rotation for me using the rotation here :
https://www.askmrrobot.com/wow/theory/rotation/66a44a10d25d4103aaff0e44c5e9b273?spec=ShamanEnhancement&version=live&share=true
(It’s default one with the “modification” i’ve suggested in another post)

I may have “bugs” inside the WA but it should be “close enough” to the rotation now and one thing i see is how many Lightning Bolt did in single target compare to the sims: 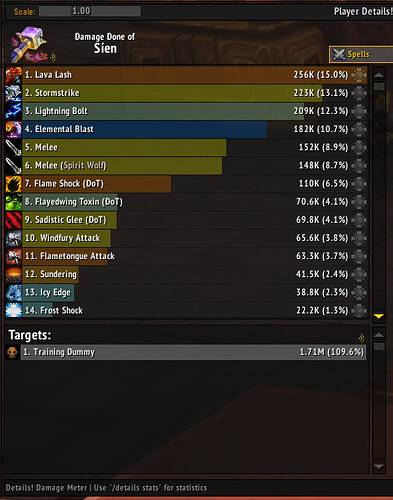 Lightning hits 28 times on 9.1.5 compare to 17.5 in the sims.
At first i was thinking i must have a trigger wrongly set, but then i didn’t find anything around lightning bolt. I dont think it’s a difference between 9.1.5 and 9.2 simulator either.

Maybe, the second hit from the Primordial Wave’s buff to lightning bolt isn’t showing in the sims, is it possible ?

I also have a similar issue with Chain Lightning… But this one isn’t “duplicate” by Primordial Wave so… I have no idea…
On 4 targets : 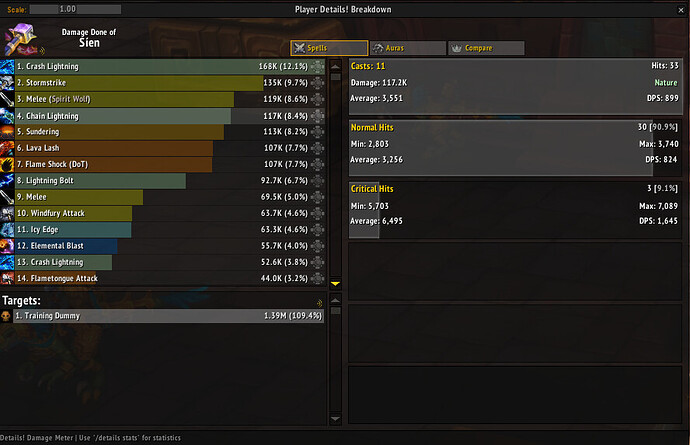 Maelstrom weapon is a flat % proc chance, so there will be significant variation from parse to parse on how many lightning bolt/chain lightning you cast.

We show the bolts from primordial wave as a “hit” but not a “cast” - so in that simulation there are 23.8 total lightning bolt hits.

So 9.2 is tomorrow so whatever for now =) You have better things to take care
I dont feel like it was “lucky” but you maybe right.

Gonna try it under the 9.2 new and see what happen =D