Even though I have chosen ALL DEFENSIVE during the Gear Strat, AMR chooses Agility Gems. As far as I know, there is a common understanding that Stamina gems are better than anything you have until late game, where you have enough survivability to stack avoidance. 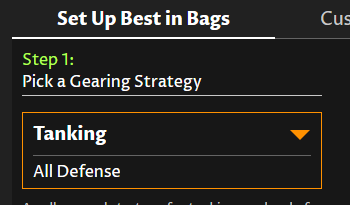 Is there any chance to force a certain type of gem color or even enable the button to remove certain Gems, like what we have with gear and enchants? 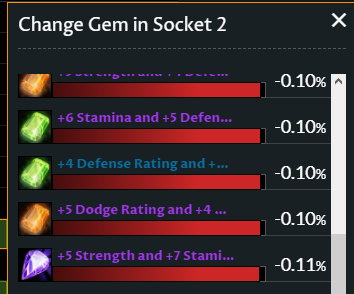 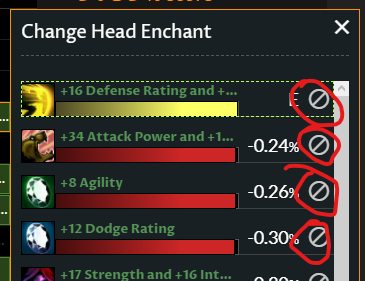 Also, on a side note. I forgot to mention that Clefthoof set only gives the Bonus to LW, however it seems it is being considered even when my toon is Mining/Eng

I’ll take a look at whether or not we can add in exclusion for gems. We’re working on cleaning up the gem lists also (some fake ones made it into the item data).

As far as stamina being better than agility… it’s so hard to really say for a tank. I could tweak the calculations to favor stamina more, but I can’t say for sure if that’s “right” or not. Tank gearing is largely based on preferences, to be honest. There isn’t a good measure of how good a set of tank gear is other than: did you die? Right now I essentially use an effective hit point calculation to pick tank gear, so stamina is weighted fairly heavily in the calculation.

We could potentially add max health to the list of stats in the customize section, which would allow you to favor getting more stamina/health.