I honestly have no idea what is going on. I wanted to check on the Epic Gems, but it doesn’t seem to be suggested in BIB at this point, so I went ahead and changed the threshold to 1%. 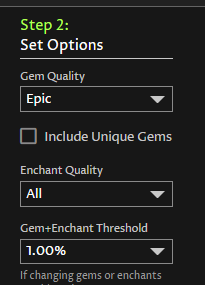 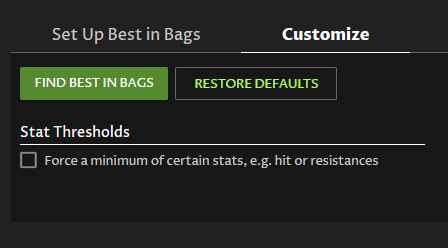 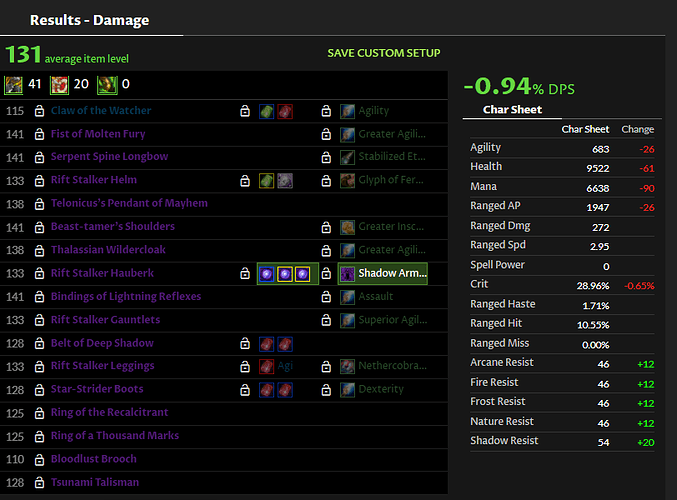 Now BIB is suggesting SR gems even thought I didn’t set anything on “Customize”.

Thank you the help btw

Looks like I needed to update the release phase filtering on gems to allow phase 3 gems now. I just did that, so that should resolve the issue with epic gems.

I’m not sure why it did that with the higher gem threshold… it looks like you have two of that item, and it put on your other one as-is rather than keeping your current one. I’ll see if I can figure out why.

In general though, I wouldn’t recommend putting the threshold higher than about 0.5% for TBC. Gems and socket bonuses are very tiny, so the higher thresholds usually won’t do what you expect.