I think this is probably a simple fix, or I am missing something simple…All WOTLK feral druid guides and sims prioritize STR gems over AGI gems, but every simulation I run with AMR has me switching out STR for AGI. Is that as intended?

AMR is also suggesting Hand Mounted Pyro Rocket over Hyperspeed accelerators which counters all other sims.

Does AMR use bearweaving (Lacerate or Mangle) with it’s sims? I don’t see an option to adjust that.

We can take a look… it seems to me that strength and agility will be very close in value, due to the crit from agility working with primal fury to give it more value, and that will be a very not obvious relationship. Are we sure the other sources are taking into account primal fury correctly?

The rocket vs hyperspeed - that’s another one that I think you would be hard-pressed to ever be able to tell in game which is truly “better”. We could nudge the optimizer one way or the other on it if people want to see the same recommendation as other sources.

We are not currently modeling bearweaving.

Strength would only become better than agility if you do a significant amount of damage with bear form abilities.

From my reading, people estimate that bearweaving will add around 5% DPS. I don’t really see that pushing strength above agility… or else they are so damn close as to not matter.

Bearweaving sims to a 7.55% DPS gain (compared to a cat form rotation with no shapeshifting).

This amounts to a non-negligible difference in the EP value between strength and agility: 2.49 vs 2.36. Agility gems certainly still have merit for non-bearweavers.

Additionally, I’d like to raise another issue I have with the stat prio. You’re probably familiar with the often cited “fact” that hit and expertise are not stats you need to cap for feral druid. This is certainly true if you are not bearweaving, because most energy is refunded on a miss and the opportunity cost of a lost GCD is small.

However, using the simulator we can see pretty easily that the value of these stats go up quite a bit when bearweaving is enabled (hit’s value increases 25.4%, notably exceeding strength in value). This likely comes from:

So in the context of bearweaving, AMR seems to be undervaluing hit and expertise.

I would really like to give the AMR optimizer a fair shot, but because of these 2 issues the output its giving right now sims worse than what I can do manually (even if I manually switch all the agi gems to str equivalents).

Also the optimizer doesn’t seem to currently recommend using an Enchanted Tear to satisfy the meta gem requirement, which should be better than using a purple gem regardless of whether you’re bearweaving or not.

We can look into adding bear form abilities to feral if it is a popular play style. Honestly I’m still a little surprised at that result for strength vs. agility… I’ll have to work through the numbers because it still doesn’t seem to add up to me, even at a 7.5% DPS gain from using bear form abilities. But who knows, maybe once we add those abilities the results will match and my napkin math right now is just off.

It might have to wait until after the Dragonflight launch in 2 weeks though… we’re pretty buried with that, got behind because the WotLK launch was so close to Dragonflight.

I am struggling a bit with the optimizations AMR is giving me for my feral tank but its not due to not prioritizing strength over agility. I don’t think that’s a good idea tbh.

In fact I wonder why AMR gives us a slider from DPS - TUF, and not TPS - TUF. Why would I want more DPS as a tank, except if Im some hybrid tank that’s mostly doing damage in cat form and occasionally needs to go bear to pick up a loose bug or spider? Unless the idea is that strength → more dps → more threat? While that’s actually not wrong, I don’t think we should look at feral tanks that way.

As a main tank, I am not interested in my DPS, I am interested in being as tough as I can while holding agro on everything I am tanking, and making sure I generate as much threat as possible so that our top DPS does not have to hold back.

To accomplish that, I prioritize certain abilities that I think generate the most threat, depending on how much rage I have, and whether I am tanking 1 or 2 mobs, or 3 or more.

From experience I feel (I can’t actually prove it) that expertise is an extremely valuable stat to make abilities generate more threat - more than any other stat could. Second would be hit, but I don’t feel I need to get that capped as it would sacrifice too much stam and agility so I am opportunistic with hit - get it when its easy and convenient to do so (decent slot bonus). Also, I am not convinced strength is better than agility. Maybe it depends. For more damage perhaps, but agility does much more and I wouldnt be surprised if the added mitigation and crit through agility actually helps threat better than strength could through damage alone.

What I would absolutely love to see for feral tanks in AMR is that the slider changes from DPS - TUF to TPS - TUF. I would also love to understand how the AMR sim prioritizes my abilities, when its popping cooldowns like enrage and berserk. Would it be possible to get insight in how much threat my abilities generate?

We call it DPS mostly as a UI hold-over from the shared code with the retail site. For classic we are actually calculating threat, not dps.

Yellow did the bear stuff, so he’d be the best to answer specifics on the action priority we use in the calculations for wotlk.

If you want to know how much threat abilities cause, this old page on wowwiki has most of the information (I think this link is to the version that was around wotlk patch 3.3.5) 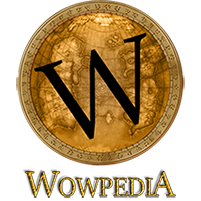 Threat is a measure of an NPC's aggression towards a player. Each NPC has a threat table, and the character at the top of the list is usually the target of its aggression. In-game, this is known as having aggro from that particular NPC. The NPC...

I’ll take a look – we do calculate threat instead of damage per sec for tanks, but it’s possible that I missed one of the flat threat modifiers. The flat modifiers are what tend to push expertise/hit higher than other damage stats. I’ll do an adjustment and see how it looks.

As for enrage and berserk… we kept it pretty simple for ranking gear, and I don’t think you really need to get fancy in-game either. Use them together on the pull to establish a big threat lead. Then after that, use berserk as often as you can – don’t delay it by much if possible. Use enrage whenever it is safe to do so… if it’s not safe, just don’t use it, or try to pair it with barkskin. That’s about it.

The original post was more about stat priority for feral DPS as cat, weaving in bear form abilities. That is still on my list to revisit soon.

Thanks both, appreciate youre giving it attention.

When I drag the slider to all DPS, it lowers my expertise, gems for hitcap and goes all out on strength and attack power.

My experience in-game is that getting expertise (hard) capped and get hit when and where you can, gives a much bigger boost to threat than strength and hitcap.

My experiments on Wowsims supports that claim, the detailed logs look oke to me and it quite nicely shows the threat and dps for each ability. How accurate it is, I don’t know