On the website after the import, that ring is iLvl 401 with the 401 stets 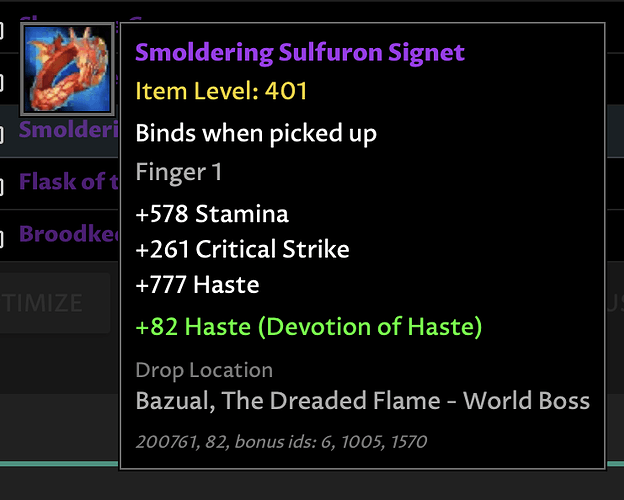 What can I do here?

I’ll take a look… for whatever reason, Blizzard changed those items to be ilvl389, then added a bonus ID to increase them to 395. That was in a hotfix yesterday that our data generation didn’t pick up, so we’ll re-run it today.

Previously they were ilvl395 items, which is why that bonus ID is now increasing them to 401 when loaded.

We just posted an update with the hotfixes Blizzard put out after the patch where they modified the ilvl of those items. You will need to re-import your character.