Yeah, I just finished them yesterday so we’ll post them up today sometime.

Beta site has been updated with Warriors!

There is a new WoW beta build out today, we’ll work on that and get the changes posted tomorrow sometime.

i think i ve found an error in Druid Balance script!
it was working actually the first times when i was simming it… but today it tells me this error:

i think there s missing a parentheses at the end ^^

Well be posting changes later today to reflect latest beta build and I’ll fix that up. If you want to do simulations right now, you can clone your own version of the simulator wiki and update that formula.

ah dont worry for me ^^
i did the simulation for balance druid long time ago… today i was doing a sim to check if i could change a couple of value on the “explicit stats ranges” for batch sims and found it!

i still reported the “bug” cause maybe there are ppl outta there that need it :3

It’s probably in the pipe =D
Thanks again

(Their is some spell buff for Shaman covenant spells) 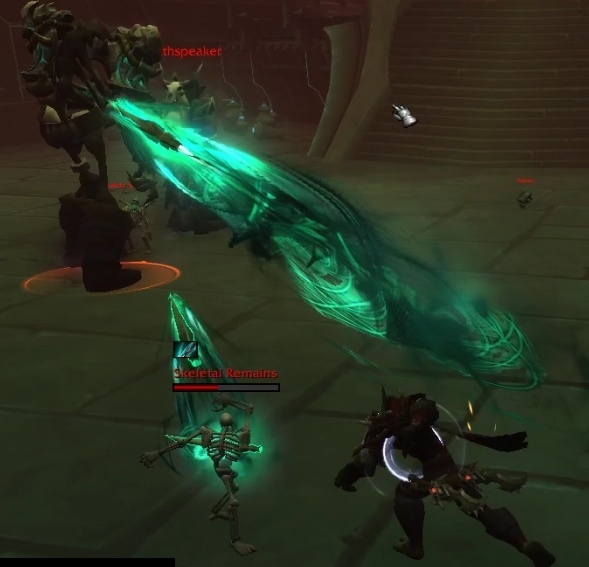 Today's Shadowlands build includes a number of class and spell changes, but also a whole lot of covenant changes for Death Knights, Demon Hunters, Hunters, Mages, Monks, Priests, Rogues, Shaman, and Warlocks; many of which we heard about in...

no hurry but if there will not be the implementation of hunter soon, I foresee burning barricades in the streets

We’re going to be posting monks tonight or tomorrow - working on those hunters!

A note on monks: There are a lot of bugs on beta for monks right now. Consider this a very “fuzzy” implementation of them for the time being. Hard to really say what blizzard’s final intentions are for a lot of the stuff - we’ll update as they tighten things up leading up to launch.

This also has all beta changes through version 9.0.2.36037 for implemented specs.

We have started implementing trinkets, but most of them are still placeholders.

About the Beta simulator, where can i find the “souldbind mode” ?
I try to not use souldbinds or covenant ability for now to test the bare bones rotation.

Is this a batch simulation or a single simulation?

Looks like you have to pick a soulbind right now. You can choose the “none” node at the top of the tree - but you can’t do a batch without any covenants chosen at the moment.

Beta has been updated with Hunters!

I know this is nit-picking, but anyway to get the display names on the test combinations spreadsheet instead of just the keys? For the talents it’s not that big a deal, but for the soulbinds you have to remember or know what order they were listed on the site.

Could you link me to a report to look at? I thought I had some tooltips working for most things, but might be an error.

I’m not sure if you mean me, but here’s a report I ran yesterday.
report link

But when you download csv, the soulbinds are, 1, 4, 6 etc, instead of Enfeebled Mark
or Let go of the past.

Oh I see what you mean – in the downloaded CSV file. Yeah those are a bit raw right now… it’s on my list to one day make the CSV files a bit more readable.

The beta simulator has been updated with all of the latest changes from the WoW beta. We also have an initial implementation for all trinkets/items for strength DPS specs (and most for strength Tank specs).

We have updated with all of the latest beta changes. (One exception… we didn’t even bother implementing the Combat Meditation soulbind ability in its hilariously broken state as of this beta build.)

All items with special effects (mainly trinkets, and a handful of weapons) have an initial implementation. Most of them we have tested on the beta, but a few might need more tweaks.

Pretty much everything should be working now – they added some set bonuses recently for some covenant gear that you get early on. We may or may not implement those, we’ll see… they probably won’t be very relevant for most content that people care about.

Most of our work on the beta simulator from here out will be keeping up with changes on the beta, testing, and rotations – lots of work to be done on rotations before Shadowlands goes live.